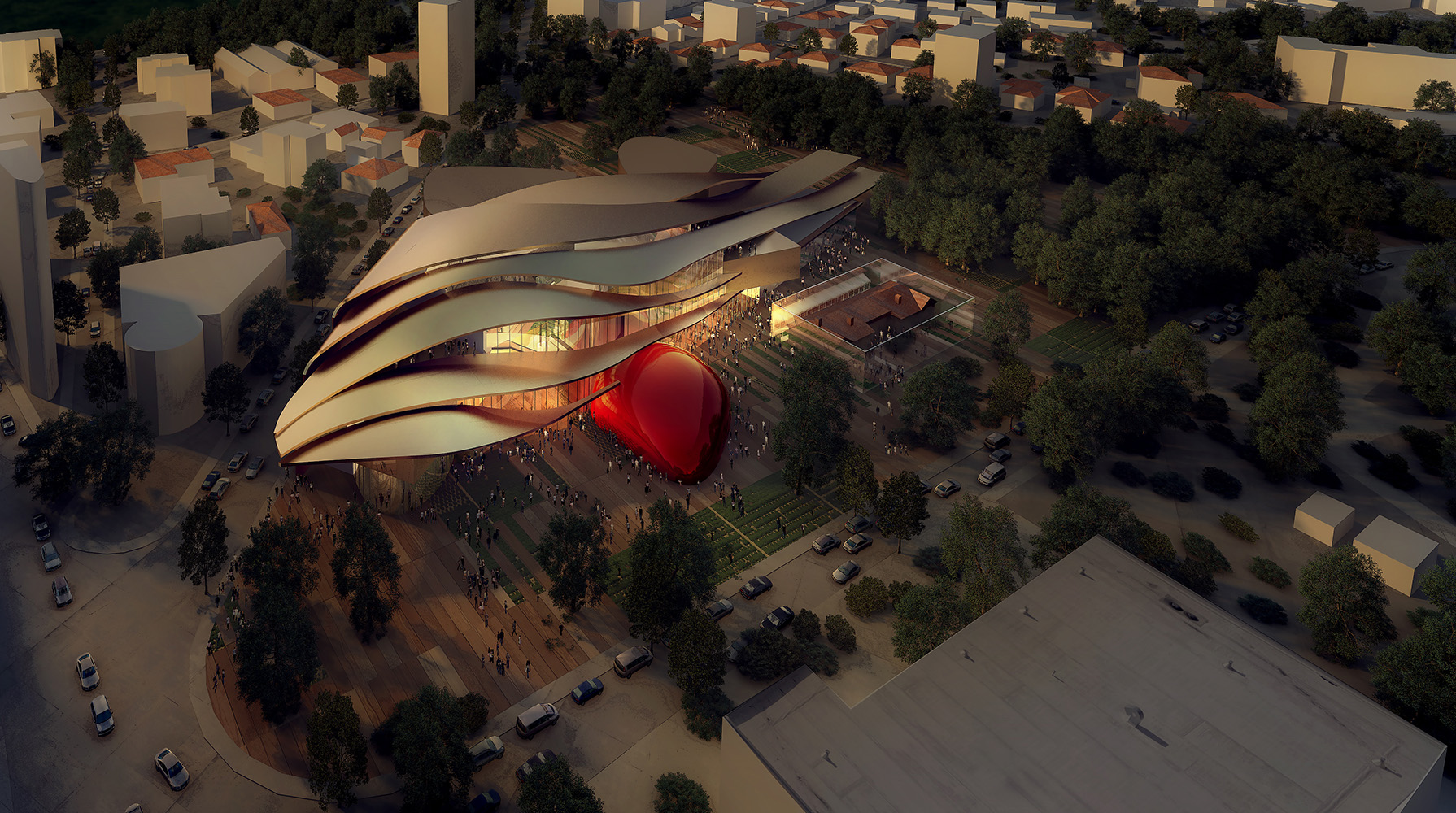 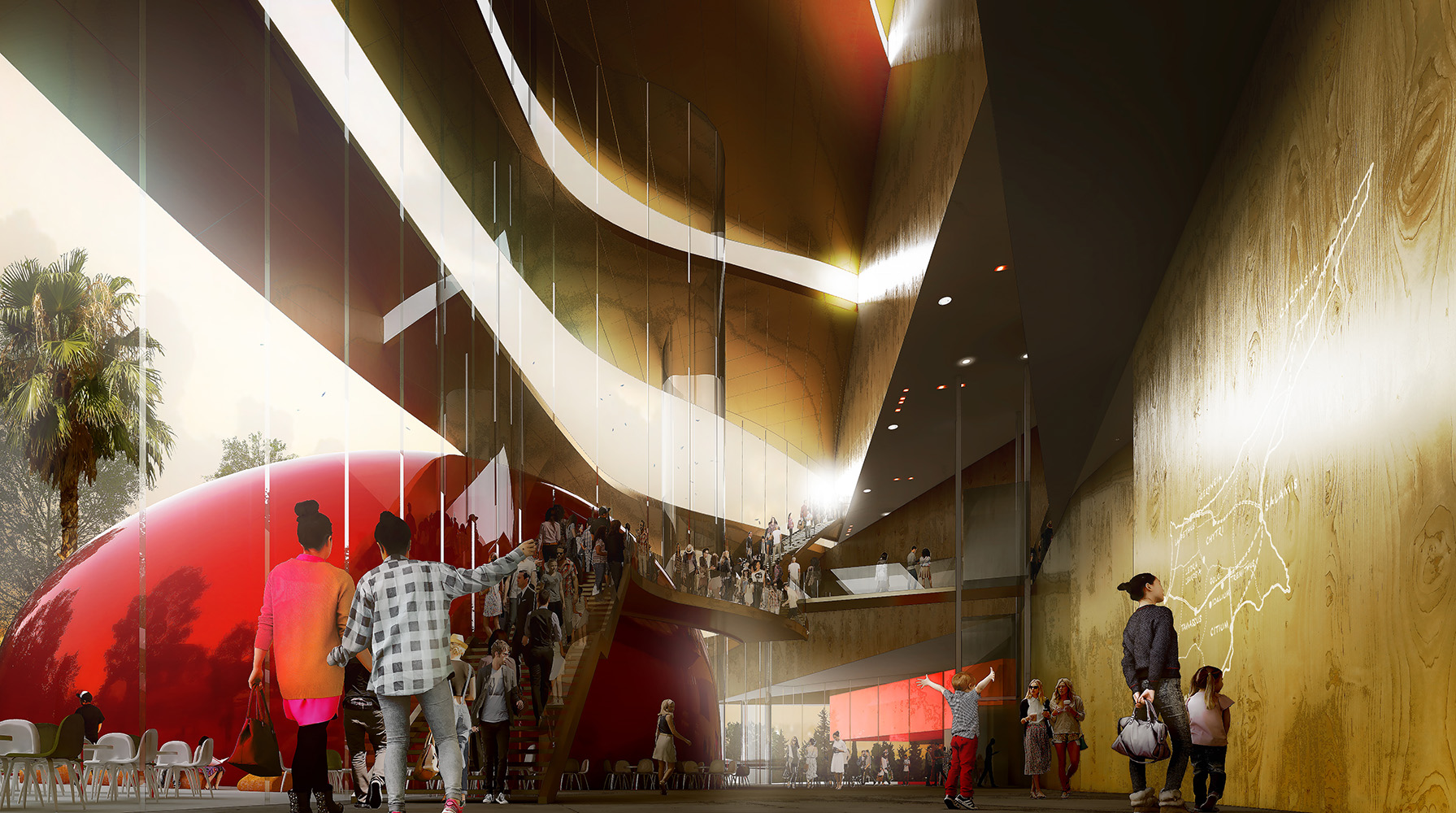 Displayed along the street, at the interlink between the green area around the Pedieos River and the City center, the museum is a crossing point between urban and nature, between the past and the present and open to the future.

The interaction between the actual museum, the river and the existing trees on the site defines the interior promenade even if the building remains distinct from each of them by its artificiality and its porosity. Its identity is clear as a national iconic museum with its necessary solemnity as it has a distinct identity from its diverse context without compromising with any historical nostalgia.

In architecture the section reveals the non-visible. It is a specific point of view and in the project the section is shown through the translation from horizontal to vertical, from inside to outside, from the entrance foyer to the roof and the terraces.

The transposition in three dimensions of the section process innervates the surfaces and volumes of the project. At every scale the large transparent North entrance façade is widely opened to the park and to the city, at pedestrian level as towards long specific perspective overviews. Moreover, the open spaces such as mezzanines and outside terraces in the museum are generated by the superposition of the exhibition rooms and punctuates the visitor routes.

The inside and outside spaces become dynamic and give to the visitors an attractive constant discovery.