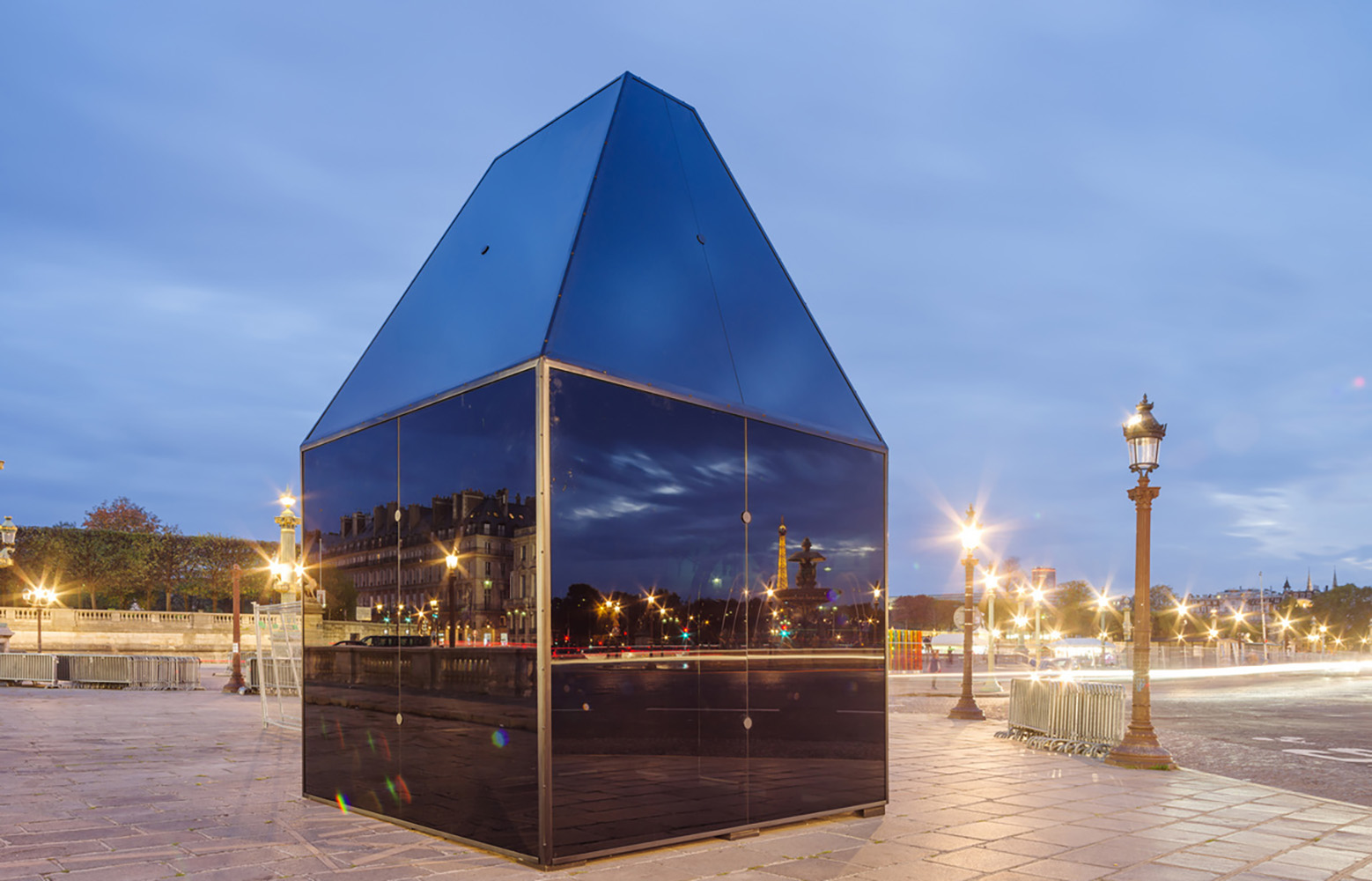 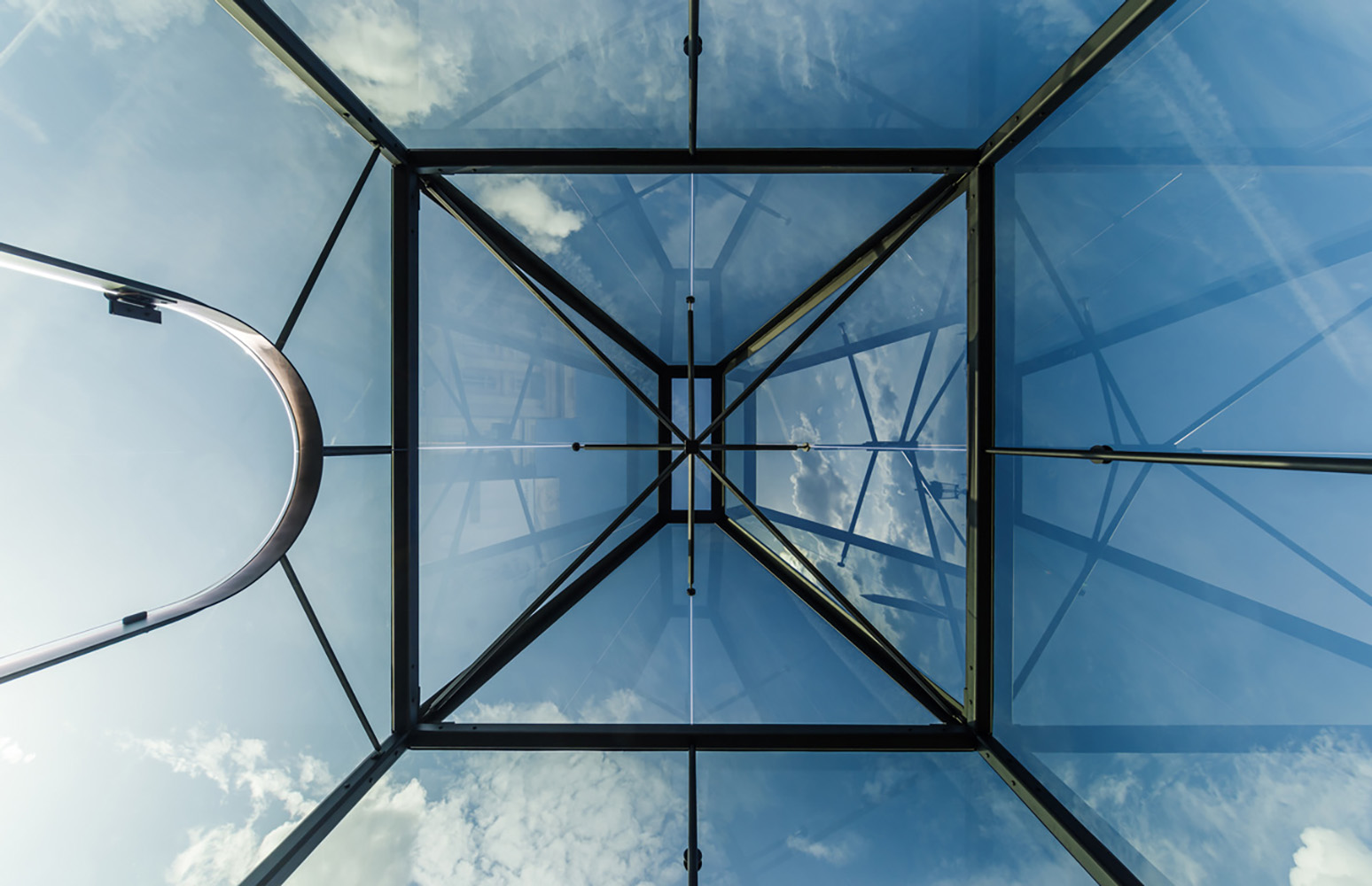 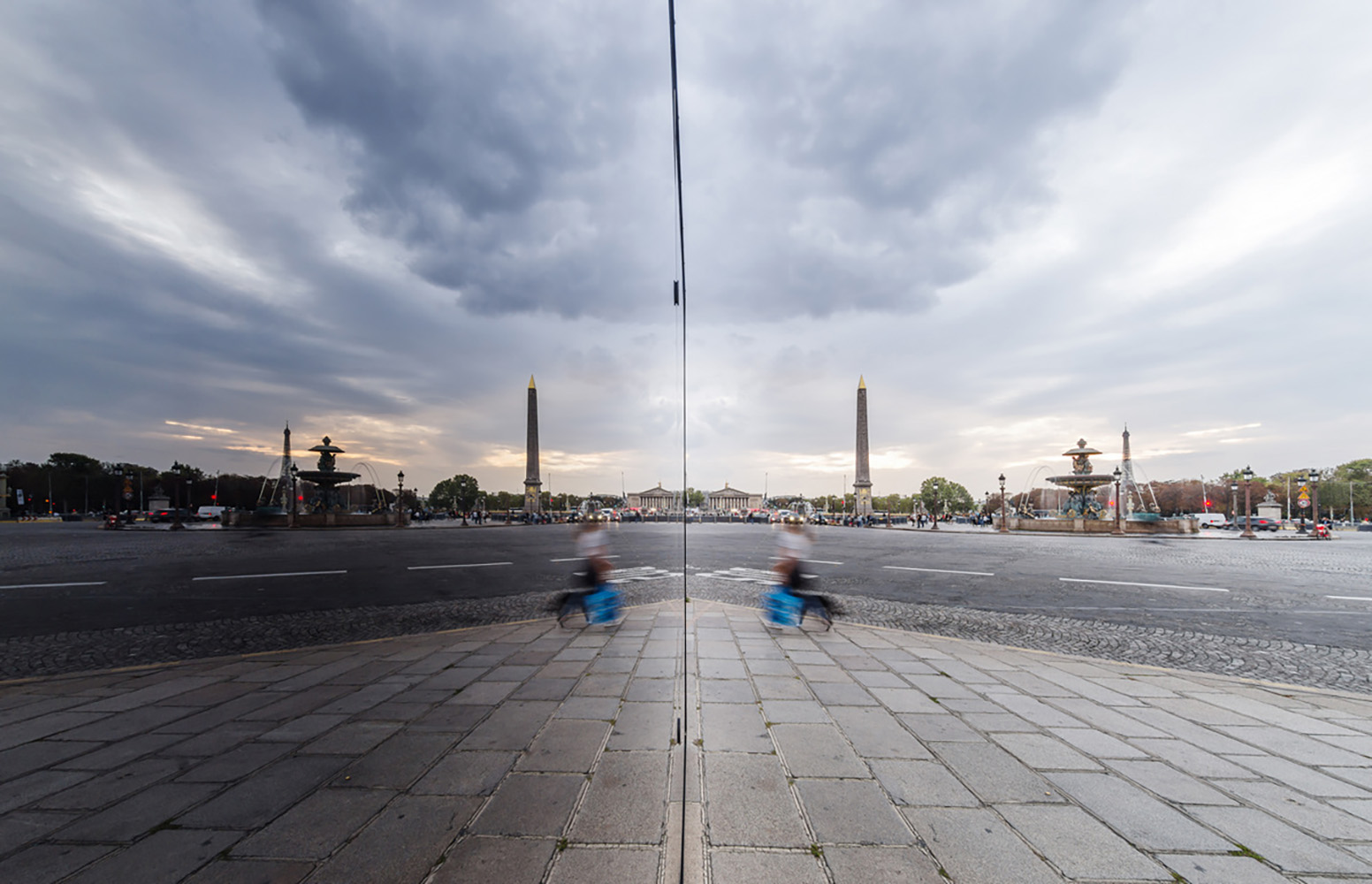 The concept is to adapt the idea of the “copy – paste” that we use every day, working on our computers, whilst adding to it a new dimension: interpretation.

The pavilion is identical in shape and size to those traditionally installed in castle parks.

It performs a double-play:
Because the black glass absorbs the reflection of its surrounding landscape, the pavilion appears at first to be an entirely hermetic object.
Meanwhile, the black glass is a half-silvered mirror, surprising us with the fact that it is actually completely transparent from the inside.

The visitor enters a space that they perceive from the outside as dark, but once inside, they suddenly find themselves in the middle of the landscape.
The ridge of the pavilion’s roof is cut, allowing sunbeams to enter at the correct angle. The entire surface of the it’s floor is covered with black rubber, making it totally absorbent. Hence, the passage from the pavilion’s exterior into its interior is an experience of connecting with one’s Self while being surrounded by Others, of seeing them but not being seen.