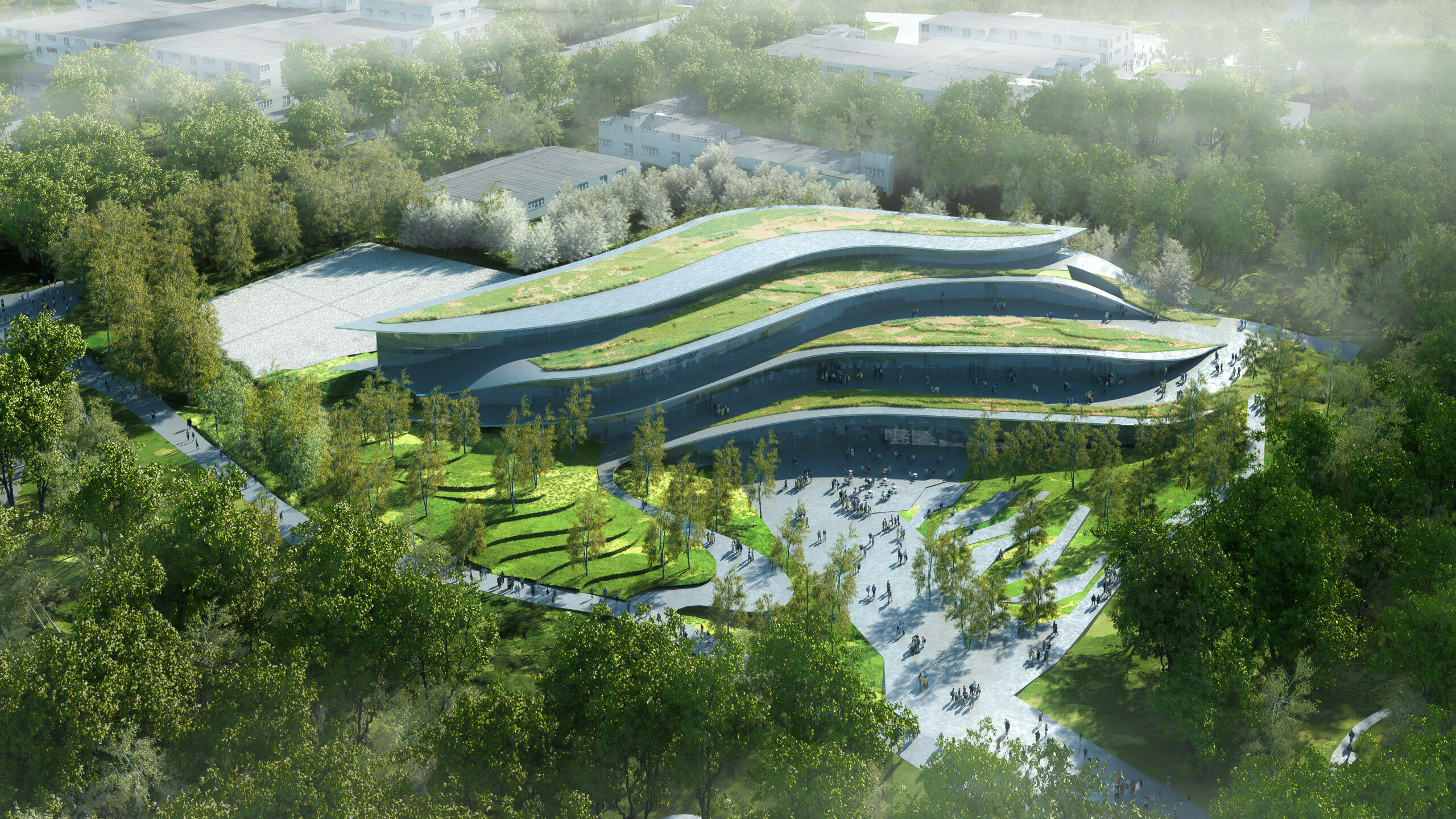 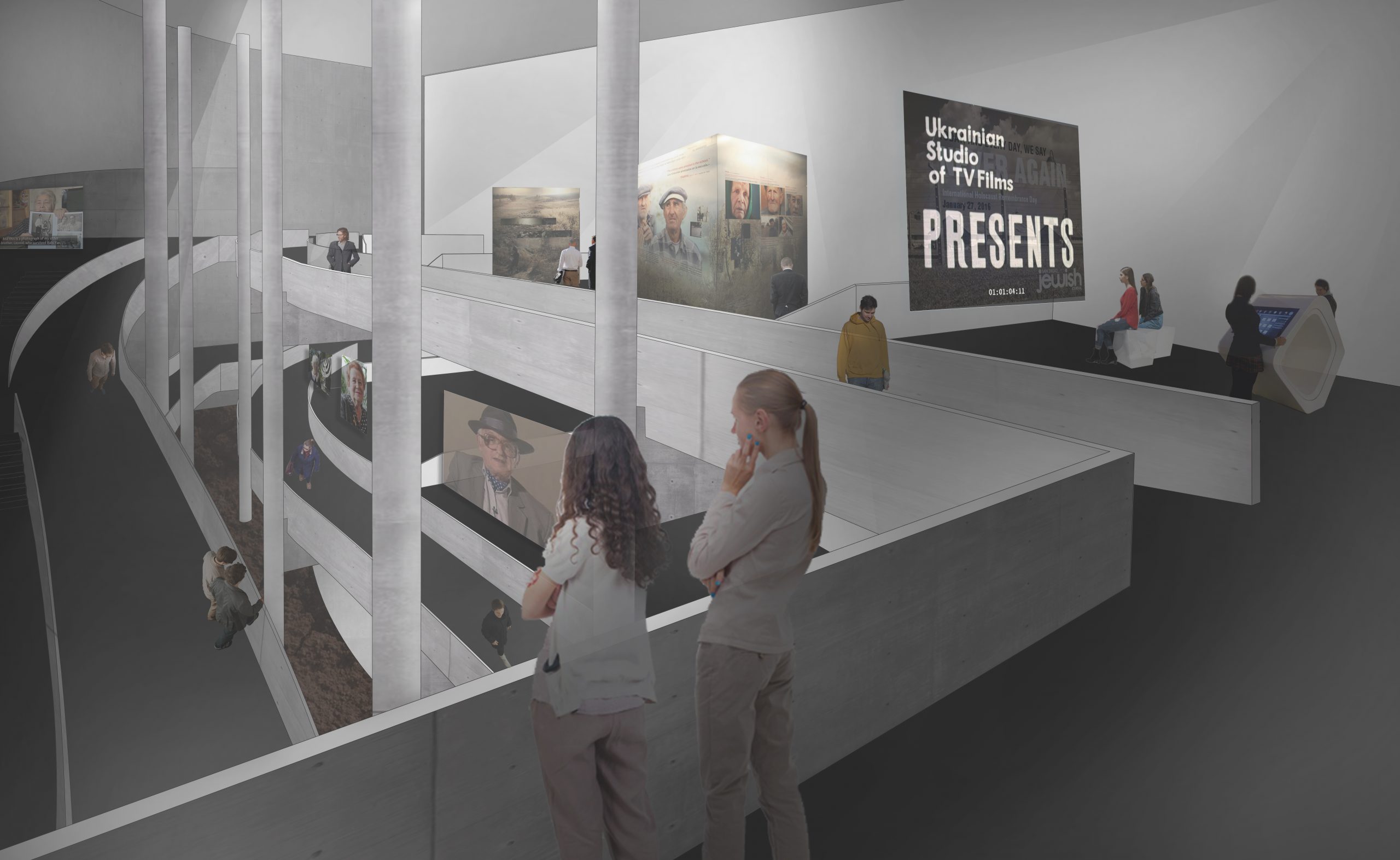 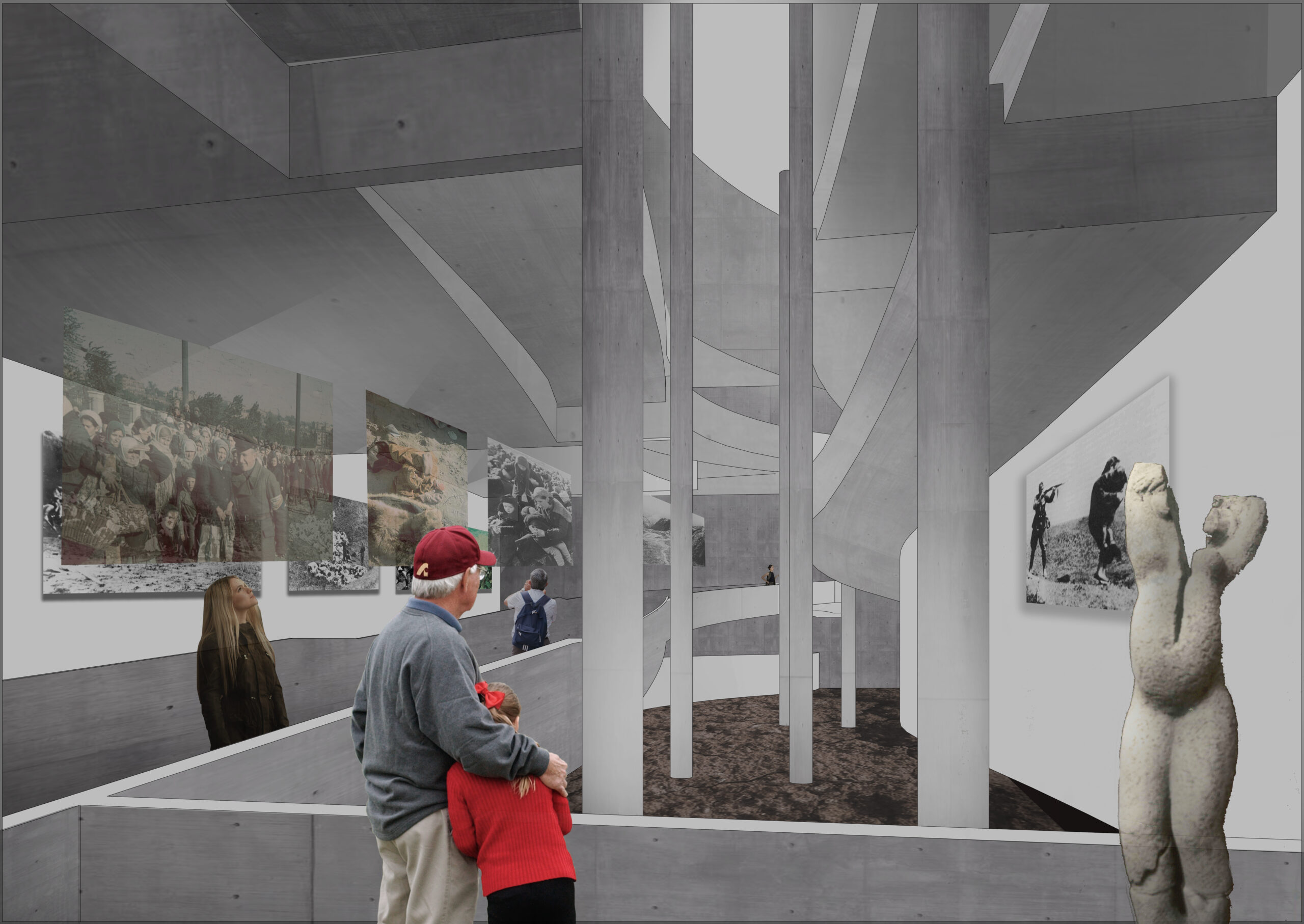 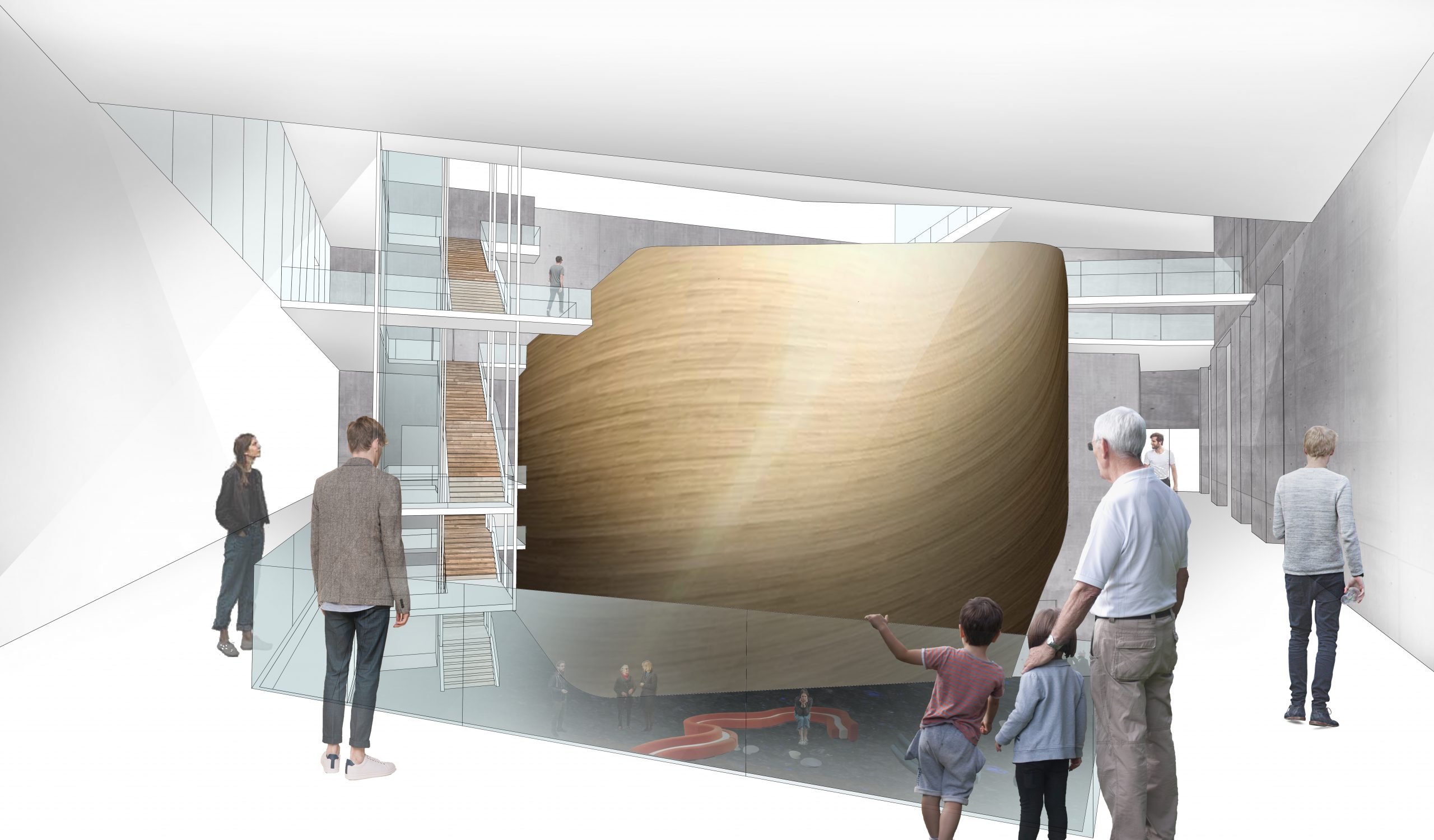 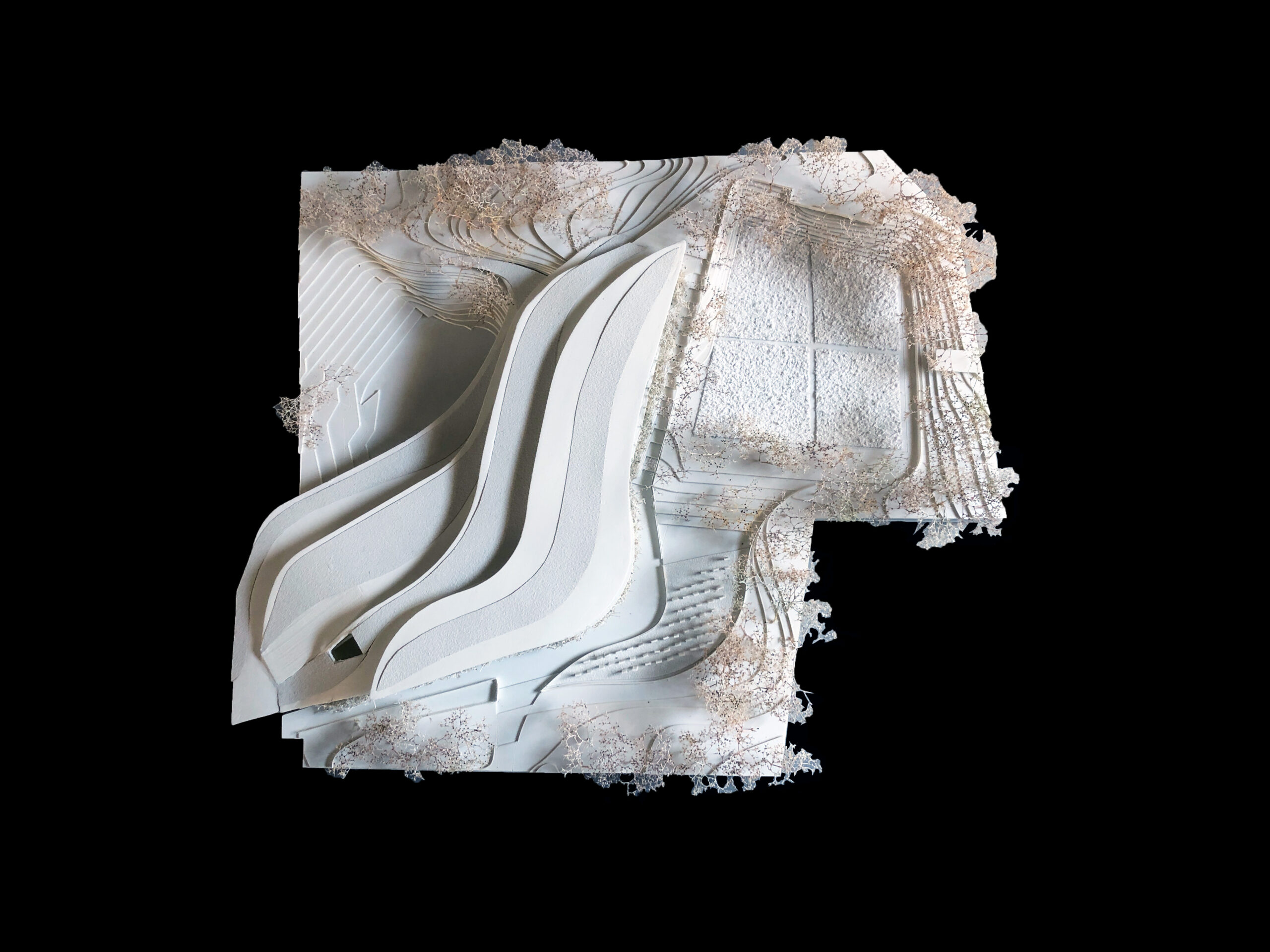 The Babin Yar Holocaust Memorial Center is placed in the larger site of the ancient Babin Yar’s ravines, a vast arc of forestation on the east side of the Oleny Telihy St that continues until the valley of the Dniepr River.

It has a strategical position in the middle of a large grove of trees that commemorate the Babin Yar Massacre.

Located 10 minutes from the metro station at the interface of the Kyiv center and the park, it sits between the cemeteries, with the TV tower to the south.

It is situated at the junction of the Alley of Martyrs, the Alleys of the Righteous Ones and Sorrow that links it to the lively city, which makes it the new center of this constellation of memorials…

It is close to the active city, open to the landscape, and engrained into the topography of this territory of memory.