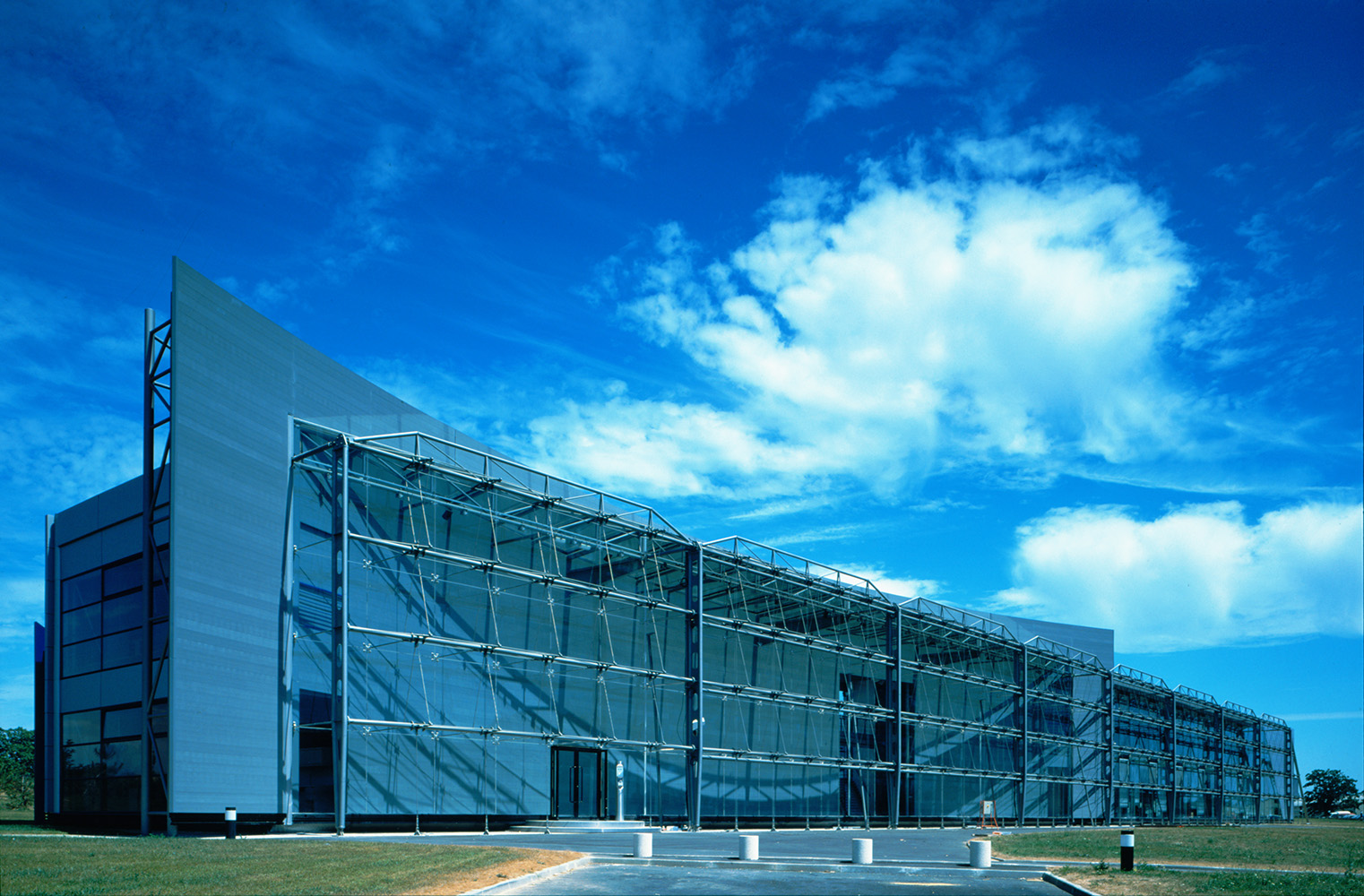 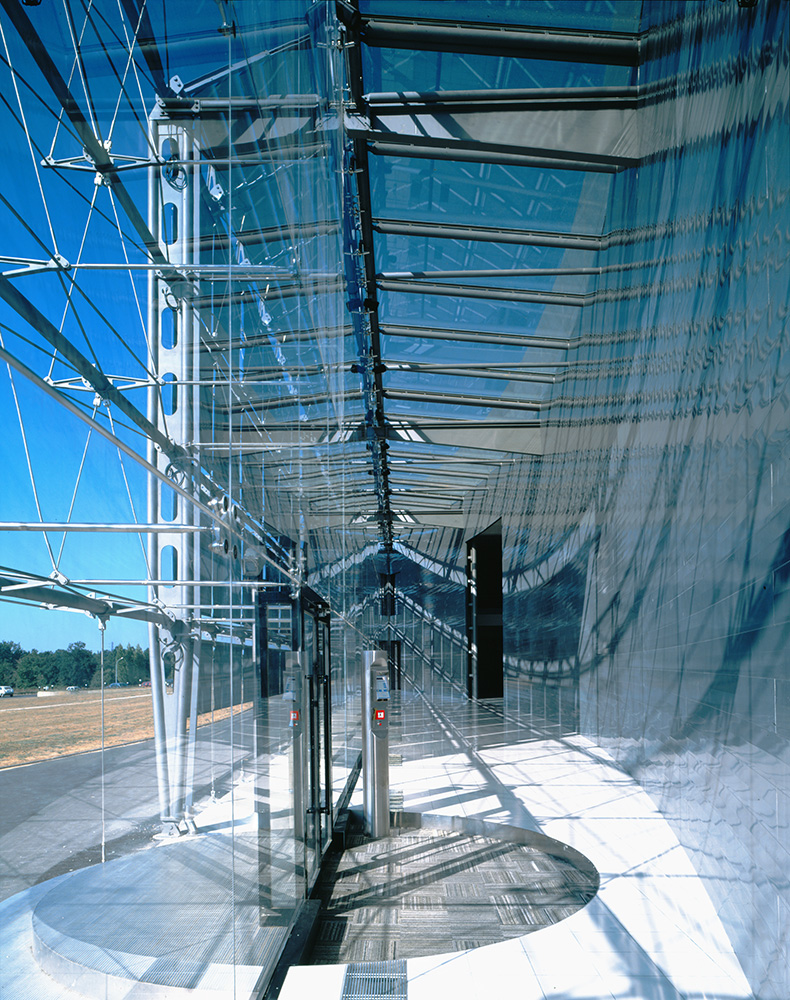 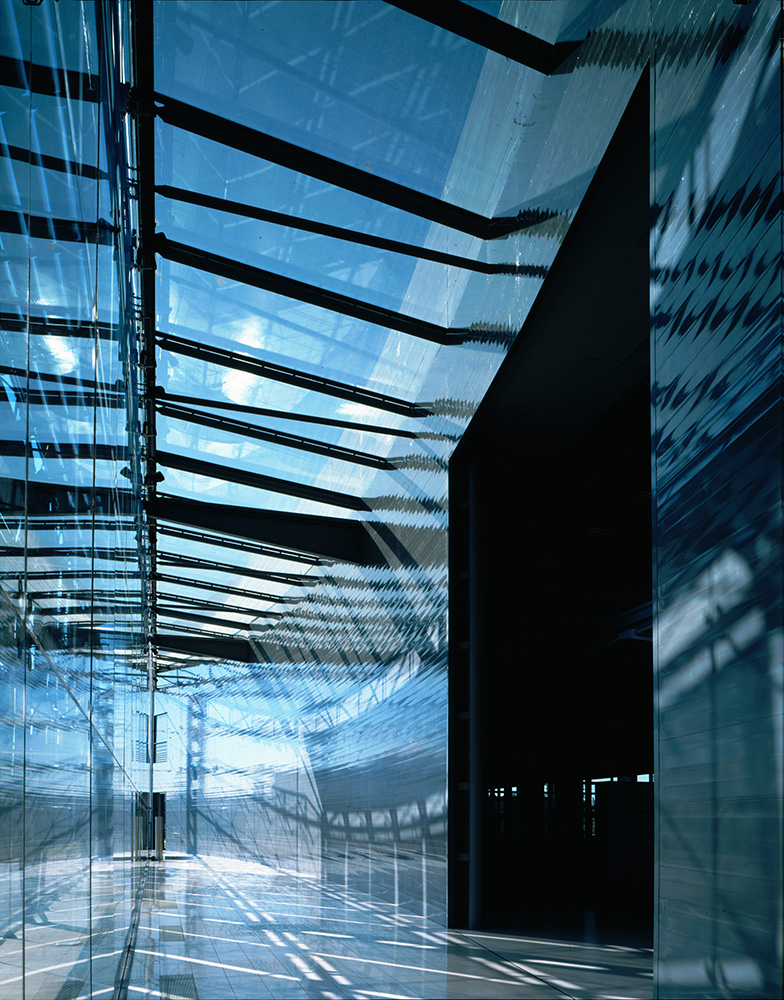 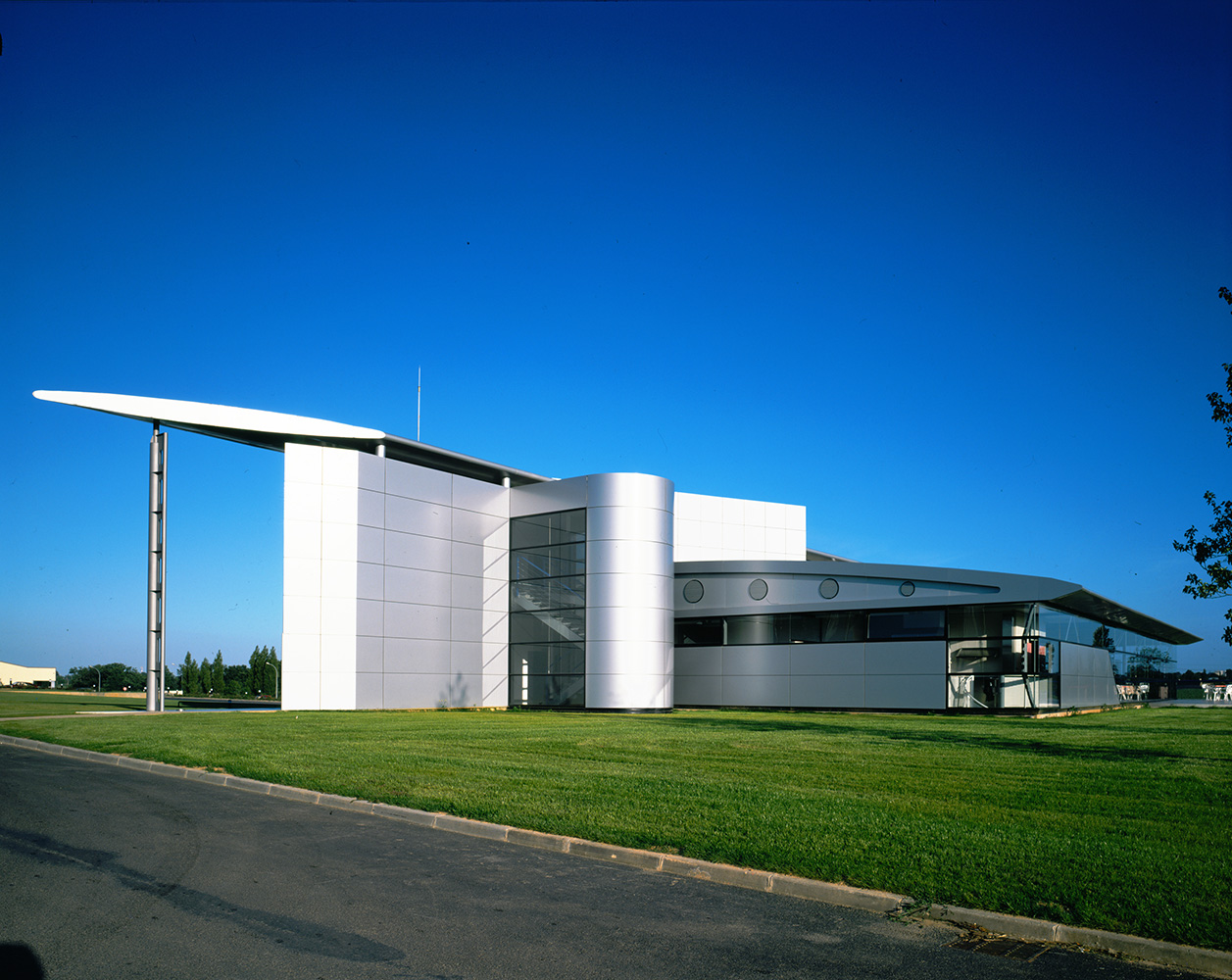 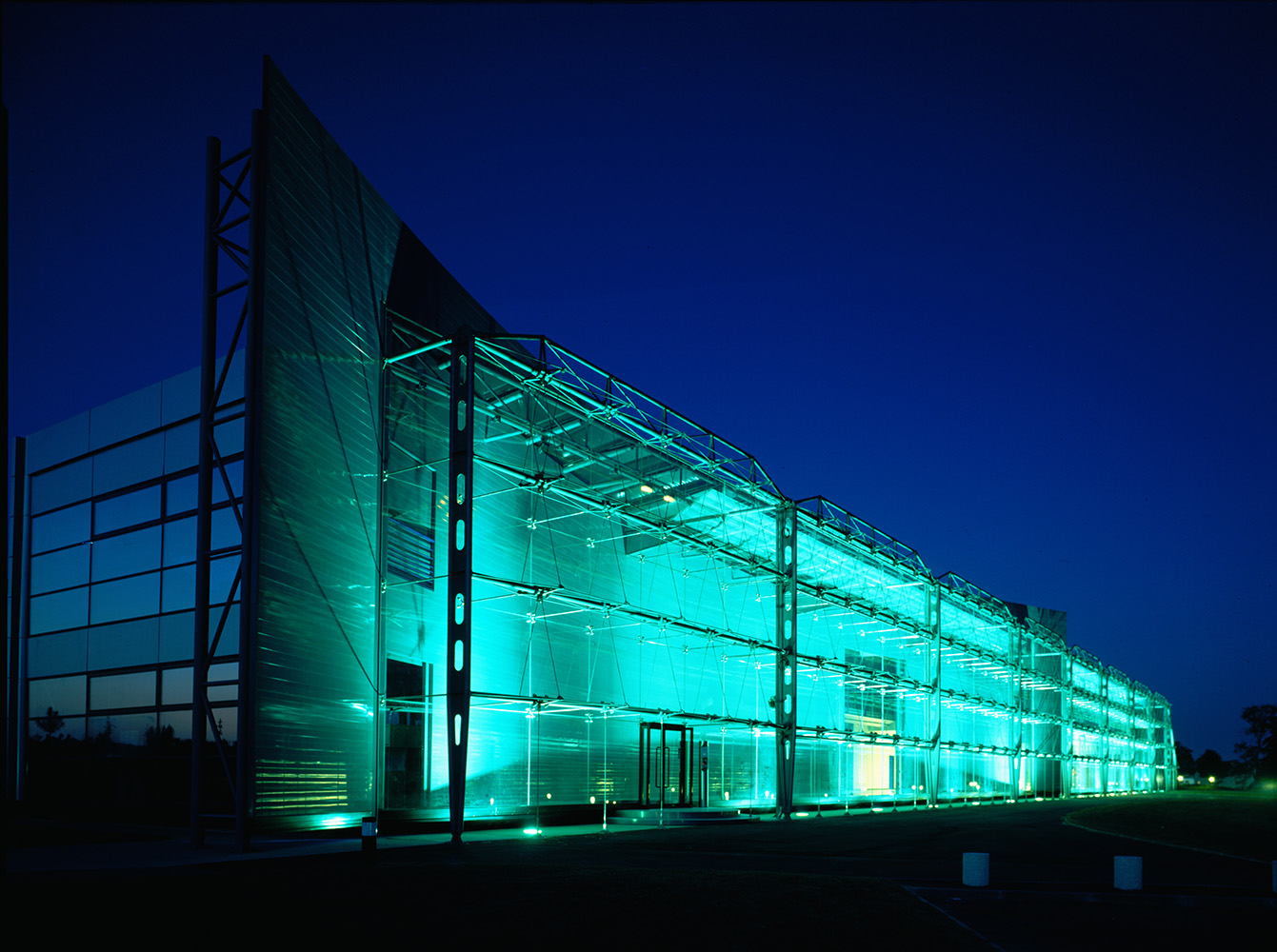 The office building of the BPO headquarters in Rennes was designed with a steel frame structure and modular industrial components. The main façade, which faces south, was the first facade built using double glazed suspended glass and sunshades installed at distance from the glass surface. Beyond the characteristic facade design, several specific industrial products were also developed for this building.

In its conception and design, by the choice of construction methods and materials, by the technological innovations of the facade in structural suspended glass and the innovative nature of the spaces themselves, the administrative centre expresses the rigour, the precision, the technology and the activities undertaken by the BPO.

By the complete transparency of the south facade, devoid of any internal frame, the administrative centre radically expresses the wish of the bank to open out to its surrounding (countryside consisting of gently undulating groves) and to express, further that nothing is hidden…

A collection of complex spaces are contained within a pure form, a form which is expressed as two volumes : the first is a « stretched  » section 120 m long, whilst the second consists of 1.000 m2 of extra offices. These were added after the original competition following a request by the BPO.

The main entrance hall in the administrative centre is a deceptively small space, its internal face formed by a curving plane of aluminium which rises through the full height of the building. The hall is prestigious, its spectacular qualities created by the relationship between the form and the limited dimensions. At barely 100 m2, but with a length of 48 m, this space gains its grandeur from its curved, form, which gives a maximum width of 4.5 m coupled with the height of the building at 9 m the space appears gigantic.

The simultaneous presence of the staircase, bridge and lift converging as the focal point in this space, at the heart of the working environment, and the function of the hall as the staff entrance give this space its stature.