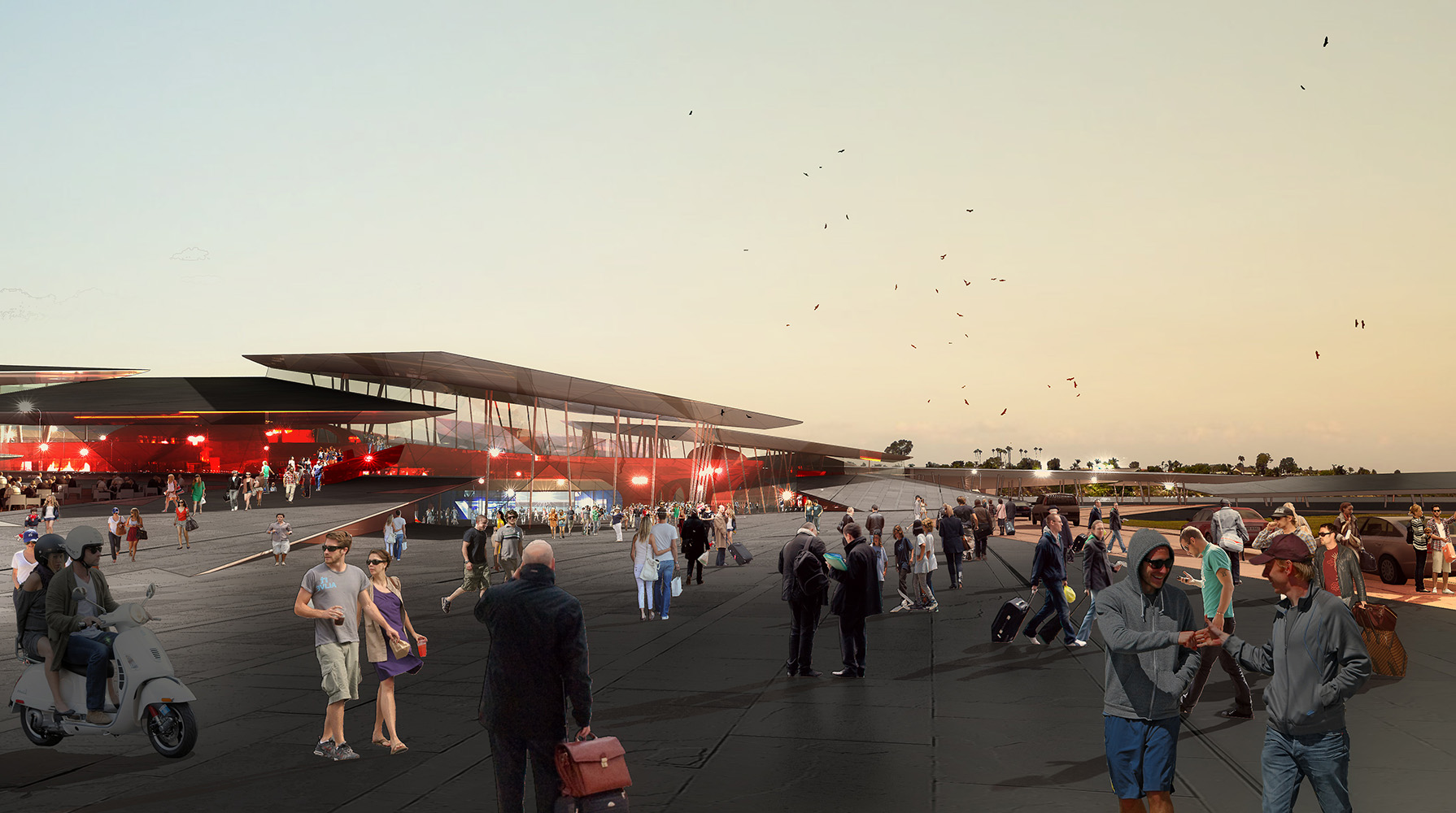 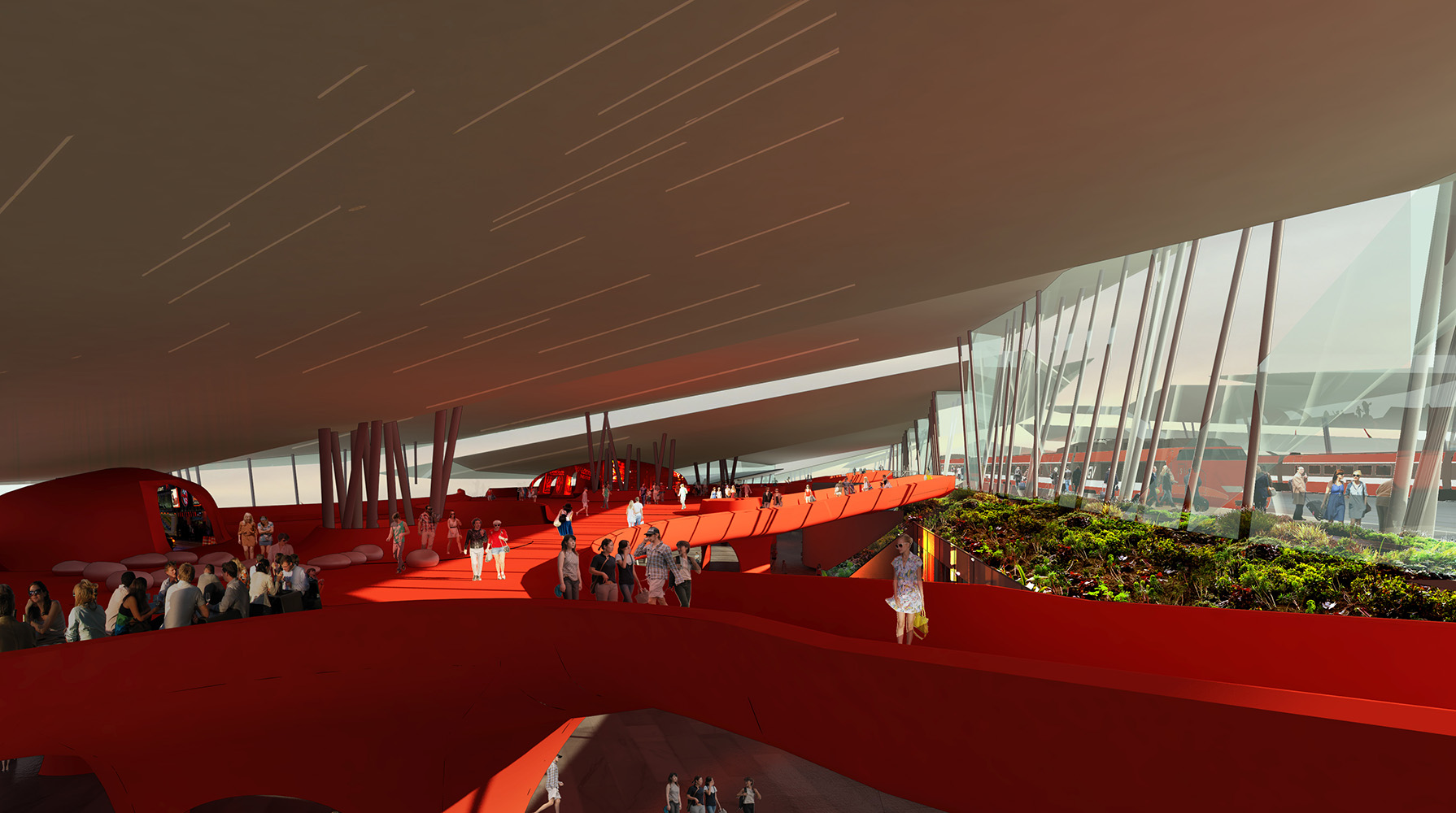 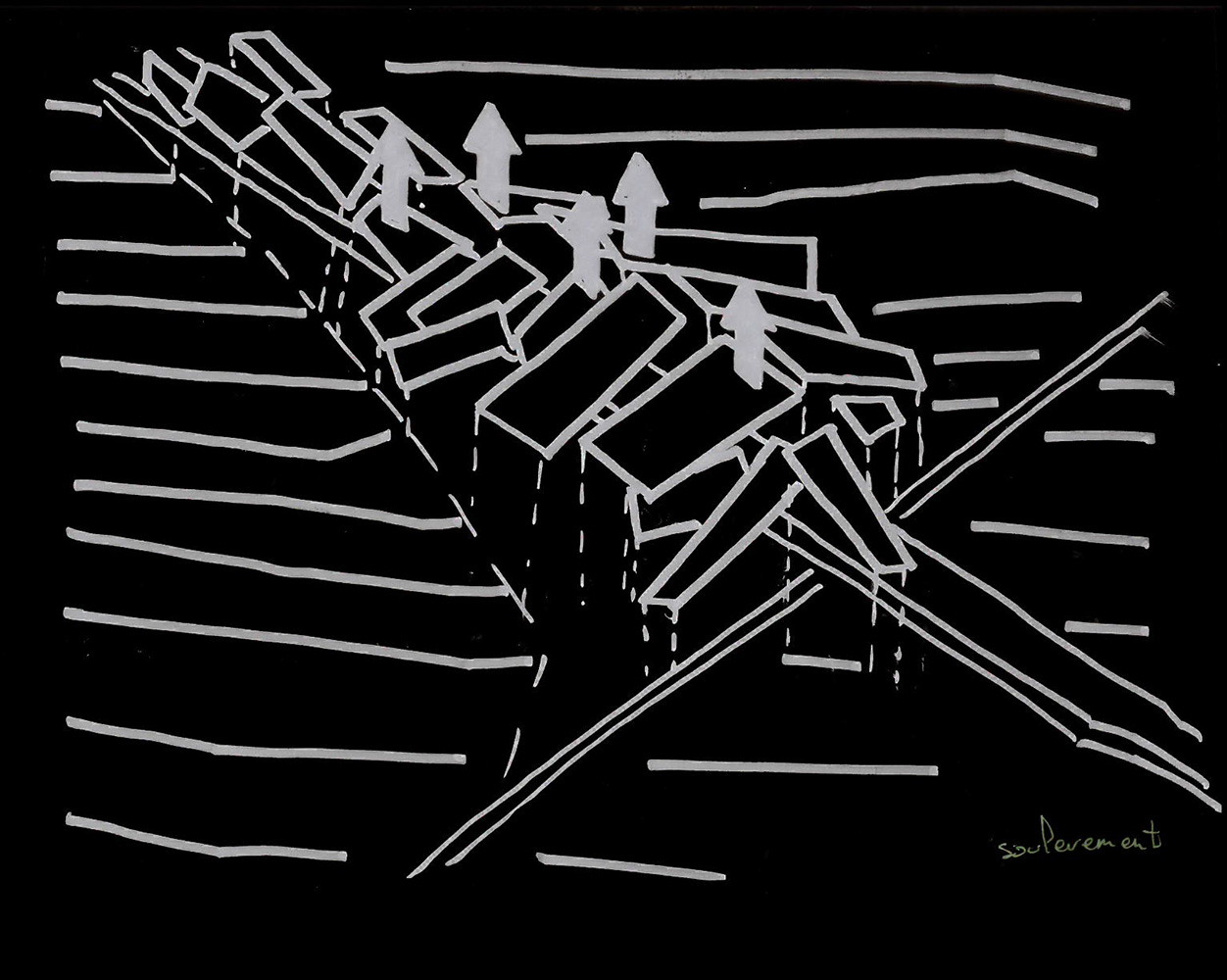 The light of Naples and its location of crossing point between North and South is “a space of passage and crossing of the men, whether travellers or surveyors of History, whether poets or painters, artists inhabited by a light.”

Our interconnection station between two modes of travel, the one of the Very High Speed of the 21st century and the world, and that of slower speed, local service that allows to taste in another way the time of the voyage and the discovery of the landscape by bypassing a geographical monument, Vesuvius.

At the foot of this fascinating mountain, attractive and at the same time repulsive as its history is linked to that of the greatest catastrophes that nature can engender, the station settles in a at landscape, a haven leaned in the distance against another mountain, the chain of the Apennines. In front, the presence of the sea is felt and governed by the sky above. It is therefore a paradoxical site.

The station is inscribed there and represents this place, strongly branded and highly symbolic. We are in a setting which gives body and makes palpable the physical and mental tension that takes place at this point of junction, this crossing point between the mountain and the sea, between the volcano and the countryside at its feet, between the rapid and the slow, between the great territorial scale and the local, between here and elsewhere, between leaving or staying.