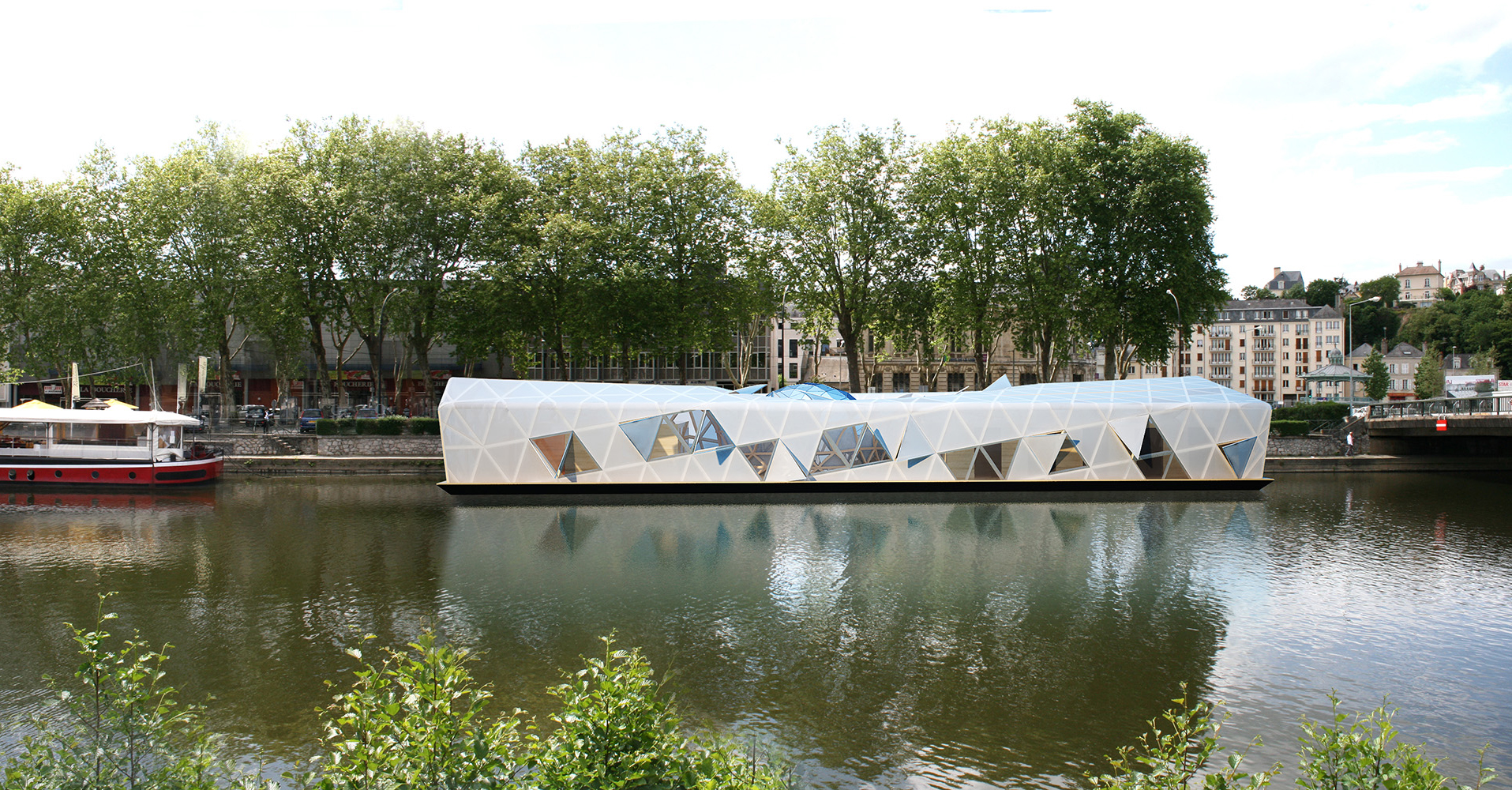 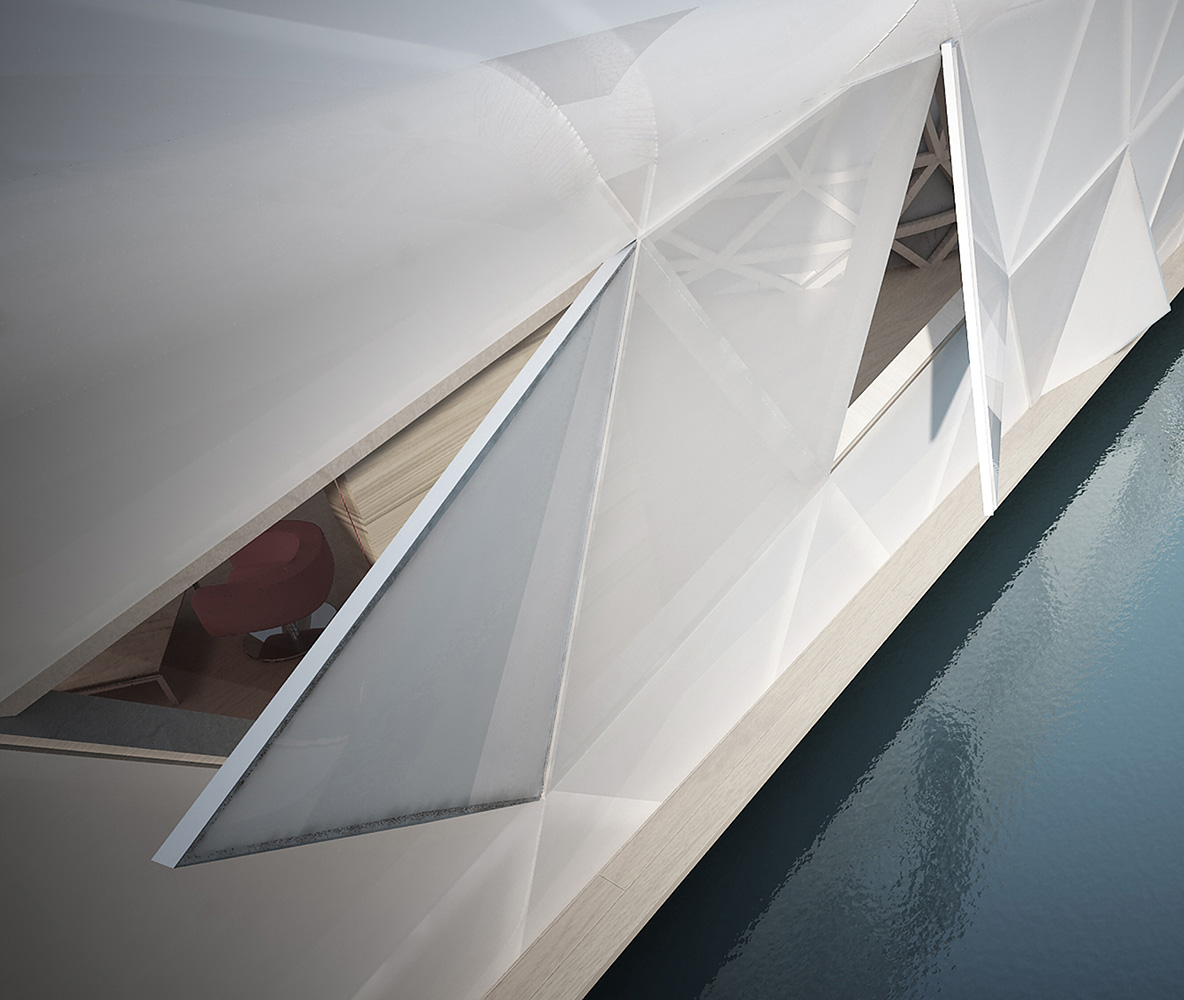 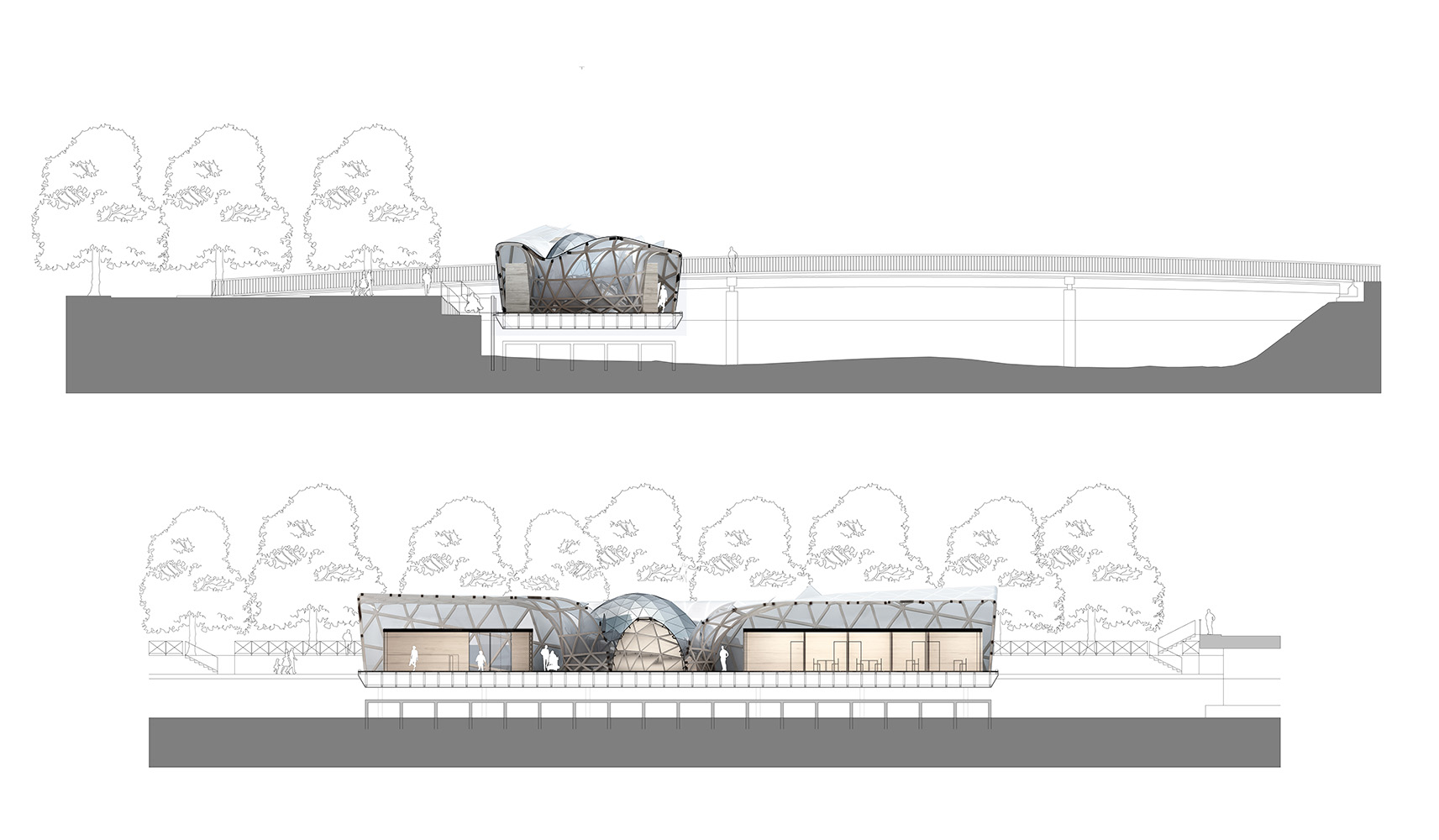 Building on water always takes on a different meaning than building on land. Departure, arrival and travel are inevitably associated with floating objects even when they are docked and never travel. The relationship to water, to its movement, to its fluidity and to some extent to its immateriality for it can not be stopped or imprisoned, except to put it in a jar – is always the herald of the imaginary.

The city of Laval decided to install its Tourist Information Center on the water by docking it in the center of the city. The objective is to give back to the river a new image, more unifying, acting as an element and place of gathering.

Numerous floating objects have settled during the history of the river in the town center and particularly the laundry boats, with very specific architecture, often made of dark woods and surrounded by balconies.

This is why the Tourist Information Center floating on the Mayenne river in the center of Laval must be not only a contemporary object through which the memory of the laundry boats last, but also a singular object that will remain unique day and night and clearly visible by a signal effect.