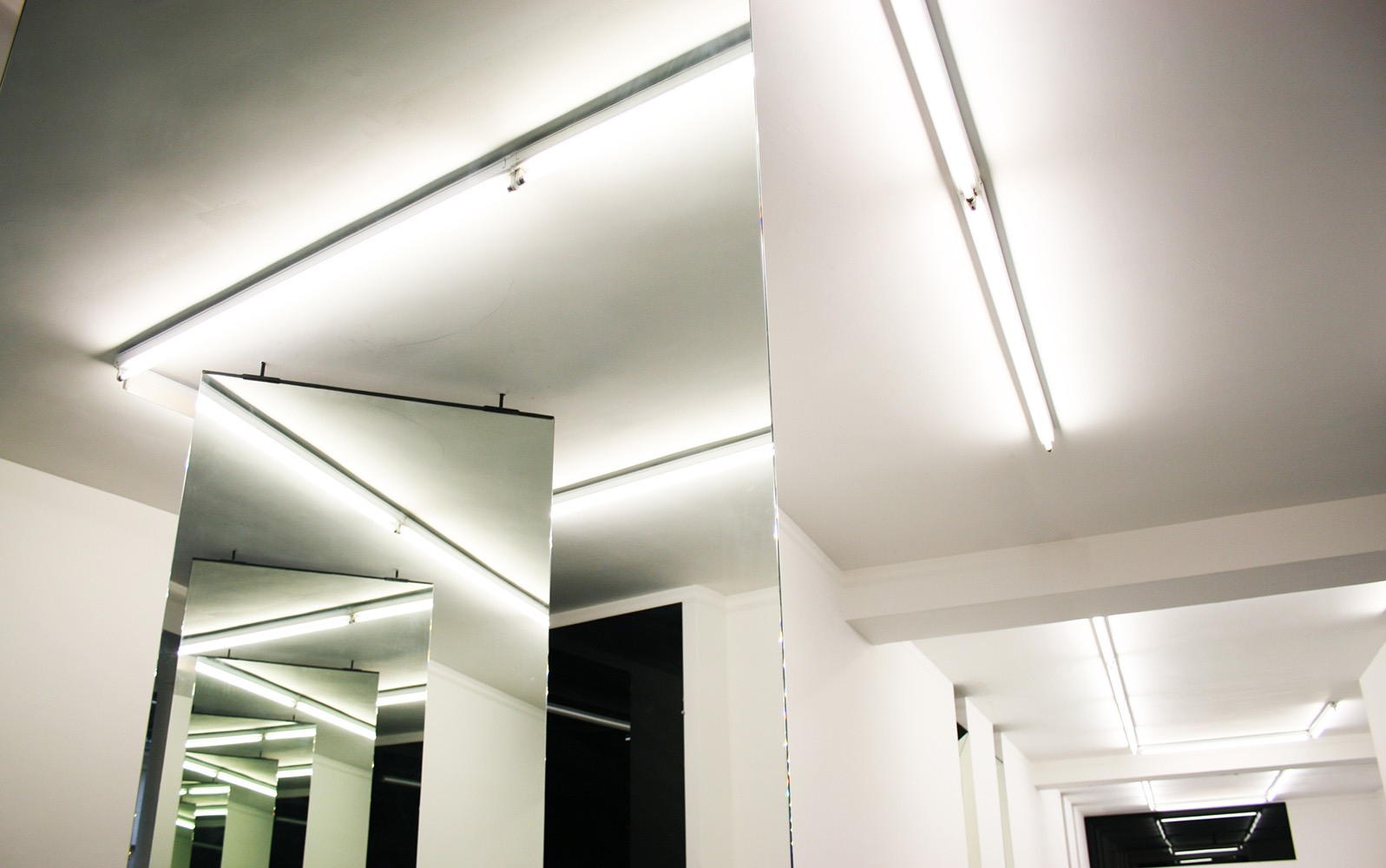 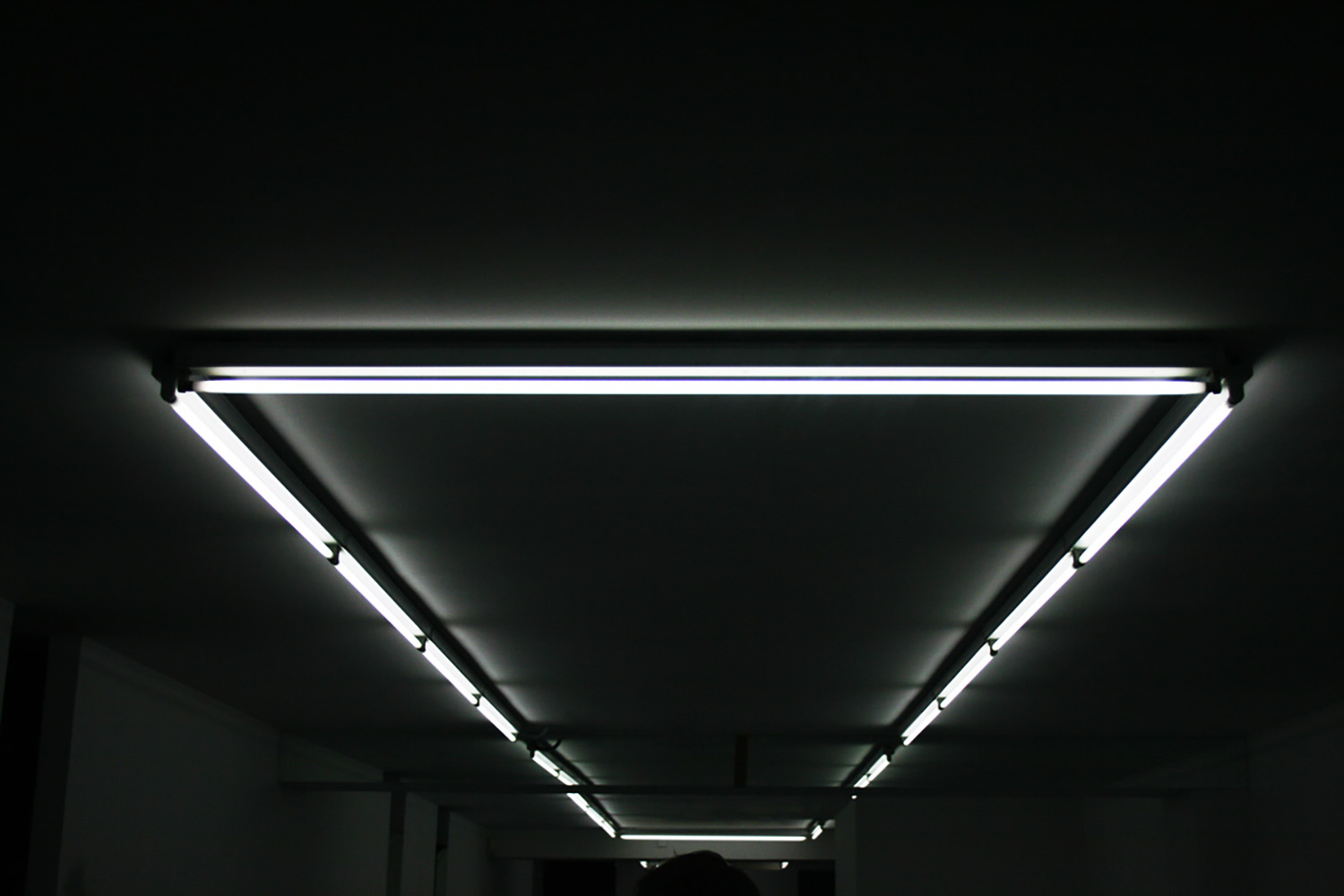 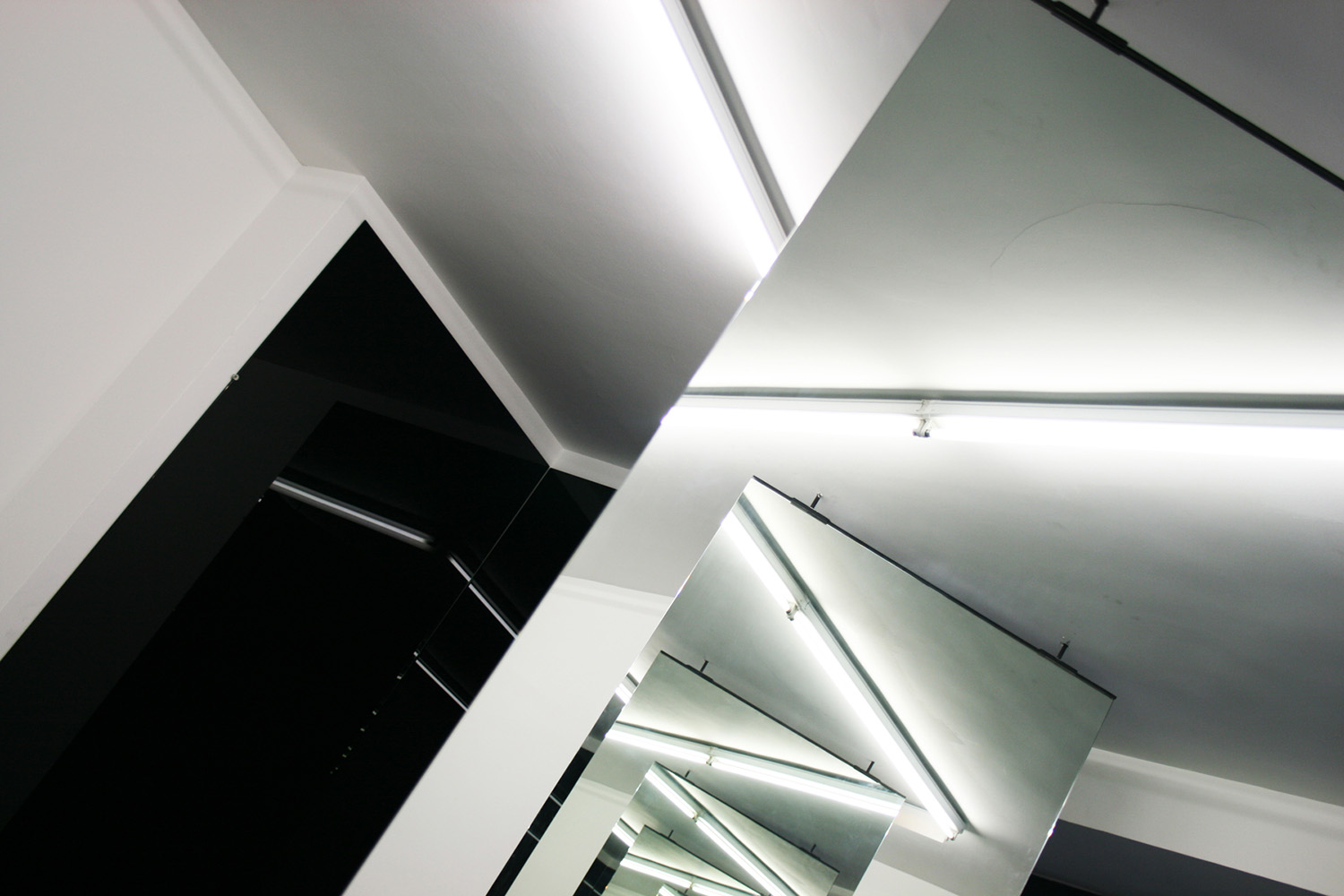 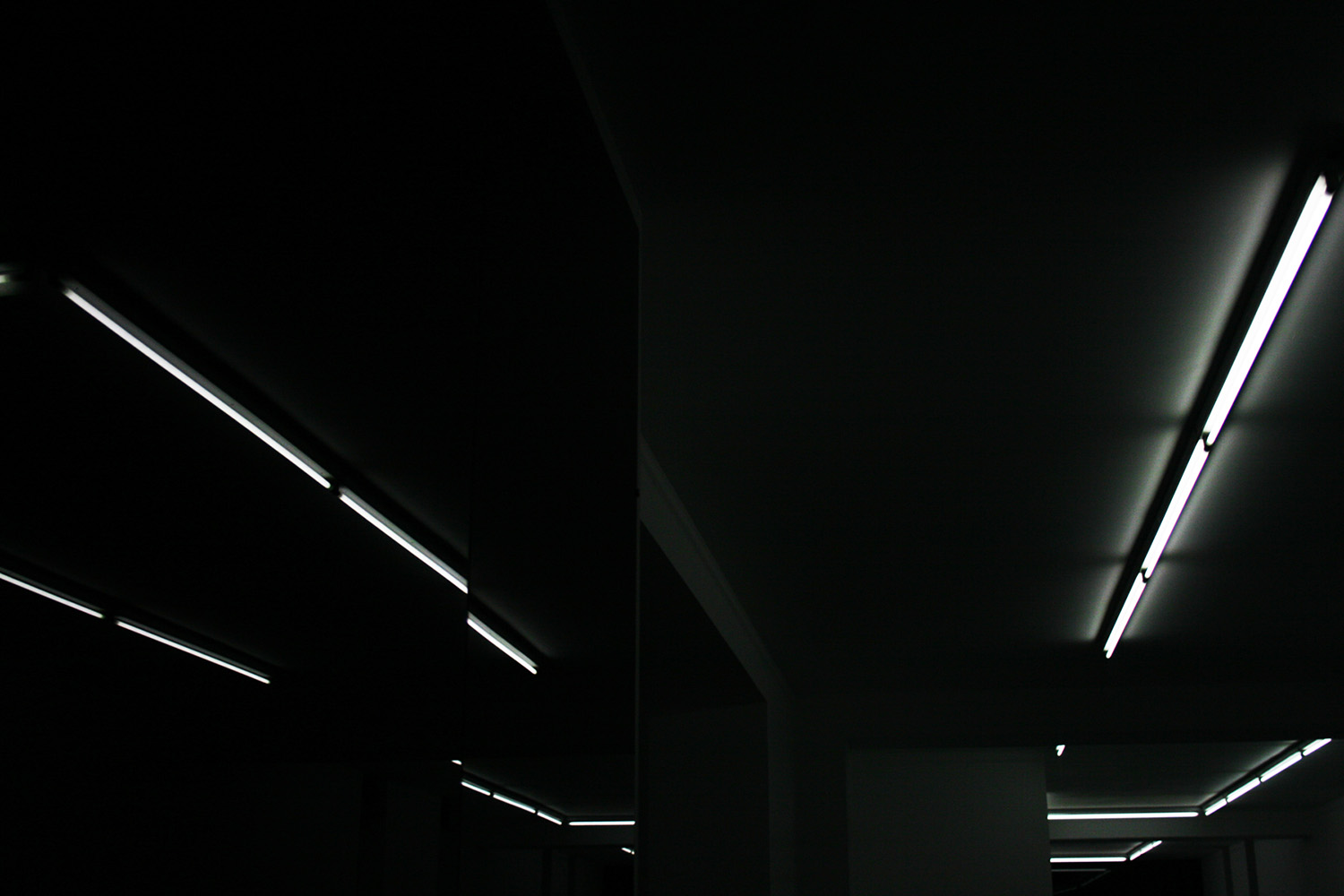 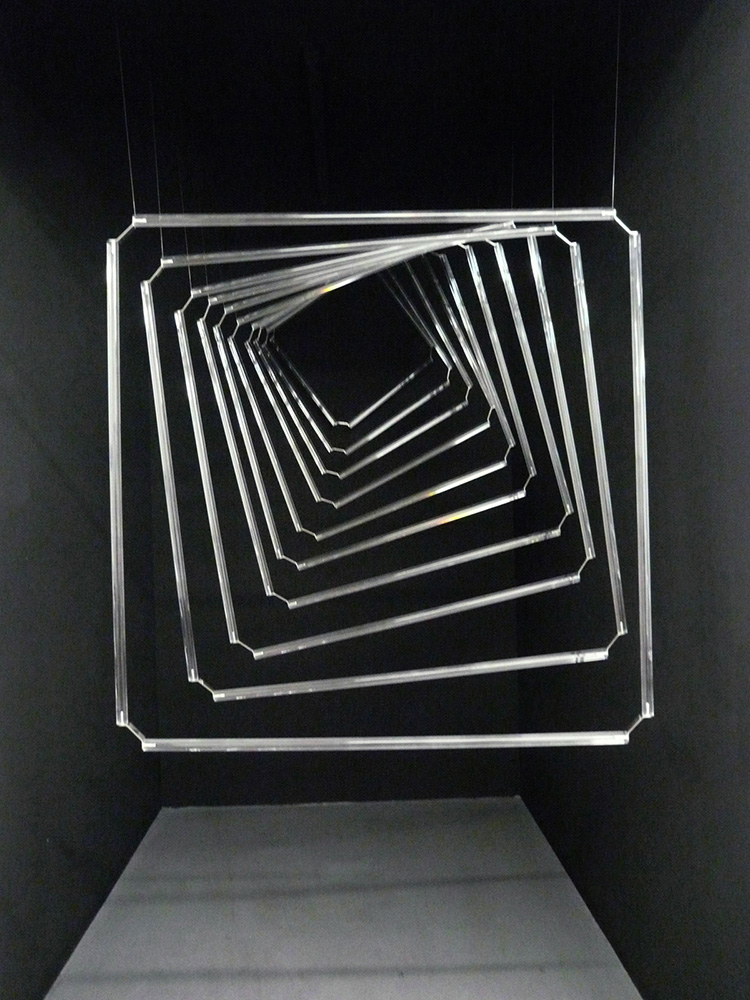 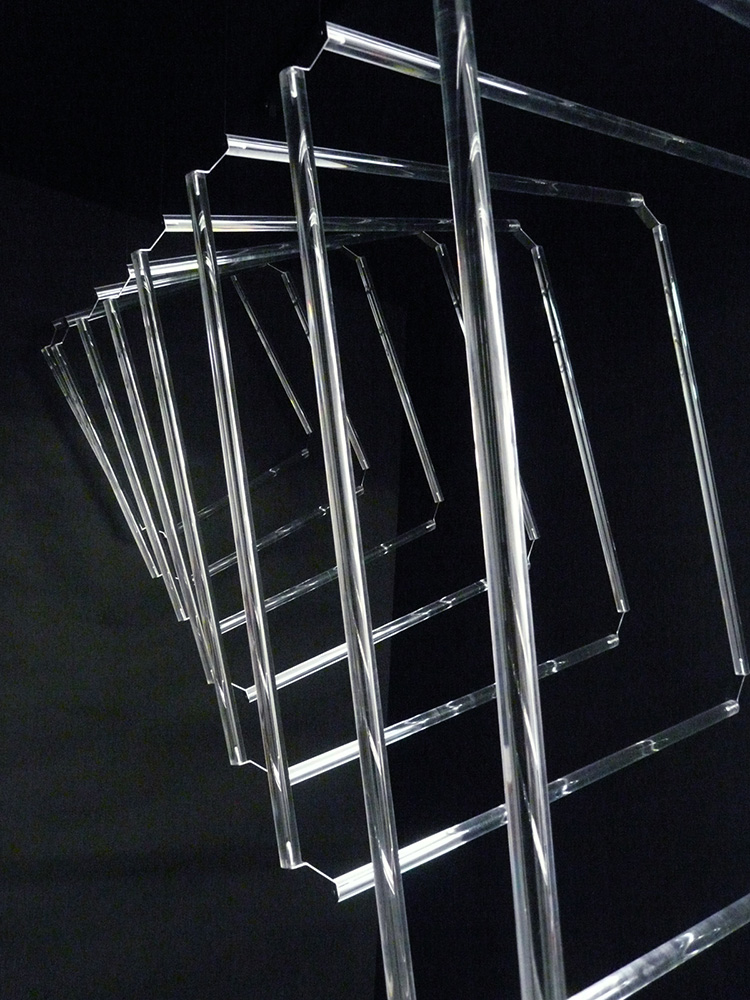 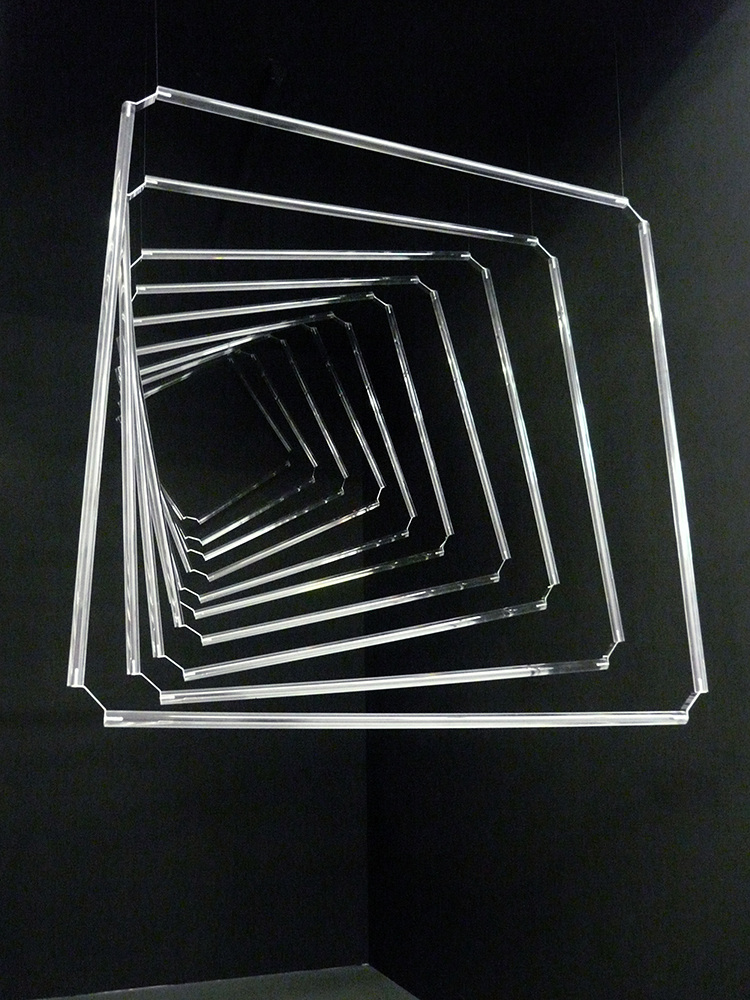 Beyond Horizon proposes to the visitor a  » visual passage  » consisted of silver mirrors and of black mirrors, in which the spectator will have the opportunity to confront physically with the space, to go through his own image with that of the space, and by moving to perceive and to understand various perspectives.

In the same way as we can look at a picture of multiple manners, the artist Odile Decq imposes us nothing but proposes us various possibilities of including the space in which we move.

« The horizon is an obsession, the architecture is an adventure with which it is always necessary to negotiate, ended time, we have only an urge, it is go farther » said Odile Decq during his conference in the Space Louis Vuitton. In the gallery Polaris she indeed goes beyond the horizon.

Odile Decq eliminated no wall, no angle, no opening.
On the contrary, the artist by the installation of these various mirrors silver / blacks, adds, prolongs, enlarges, enriches, completes, not the space but the field of vision itself which a visitor usually has in the gallery.

It is evident that each will have the own personal experience, according to its own course, the time given to look, question, understand.
The visitor becomes an actor and confides spectator.

Odile Decq uses successfully any possible contradiction, and any questioning.
She looks for at once its Opposite and its Continuation.
The settled objects become then precise stimuli, that we are going to order and to interpret each in our way.